Ajoka theatre held an evening of dramatic readings of new plays to showcase the creative talent of students if Ajoka institute’s writing class stidents. The event was held in collaboration with PNCA at the Shakir Ali Museum on the 22nd February 2020.

The evening started with a guitar performance Mohsin Kafeel , a new Acting Class student of the Institute, followed by a novel piece of dramatic writing by writing class students Hamza Zomar. It was titled “ And then there was light” and narrated a story of some scientists in Antarctica. The play reading in English was performed by Hamza and Professor Fawzia Afzal Khsn. Hamza, who gas been a part of an Antarctica, also showed slides showing images of the frozen continent. Then a play “ Facebook Follies” was presented. It included short dramatic stories penned by writing class. The stories were “Sachi Sania” by Sabahat Moazzam, “Inteha” by Hamza Omar, “Junoon” by Anum Jalil, “Zehr-e-Ishq” by Rehan and “Bhook” by Qurat-ul-Ain Malik. The performances were enhanced by the excellent use of theatrical lights which amplified the music. The audience expressed that the performances were thought provoking and showed the talent of upcoming writers trained by acclaimed playwright Shahid Nadeem.

Shahid Nadeem talked about the effort put in by his students and congratulated them on the successful completion of their course. Nirvaan Nadeem director of the Ajoka Institute told the audience about the other courses run at the institute. Certificates were distributed to the graduates of the writing and dramaclasses.

Fatima khan Deputy Director of PNCA , Lahore appreciated The dramatic readings by new writers and congratulated Ajoka for providing training to the aspiring writers. Ajoka’s Director thanked PNCA for collaborating with Ajoka and hoped this relationship will continue in future and the space will attract new performers and a new audience. 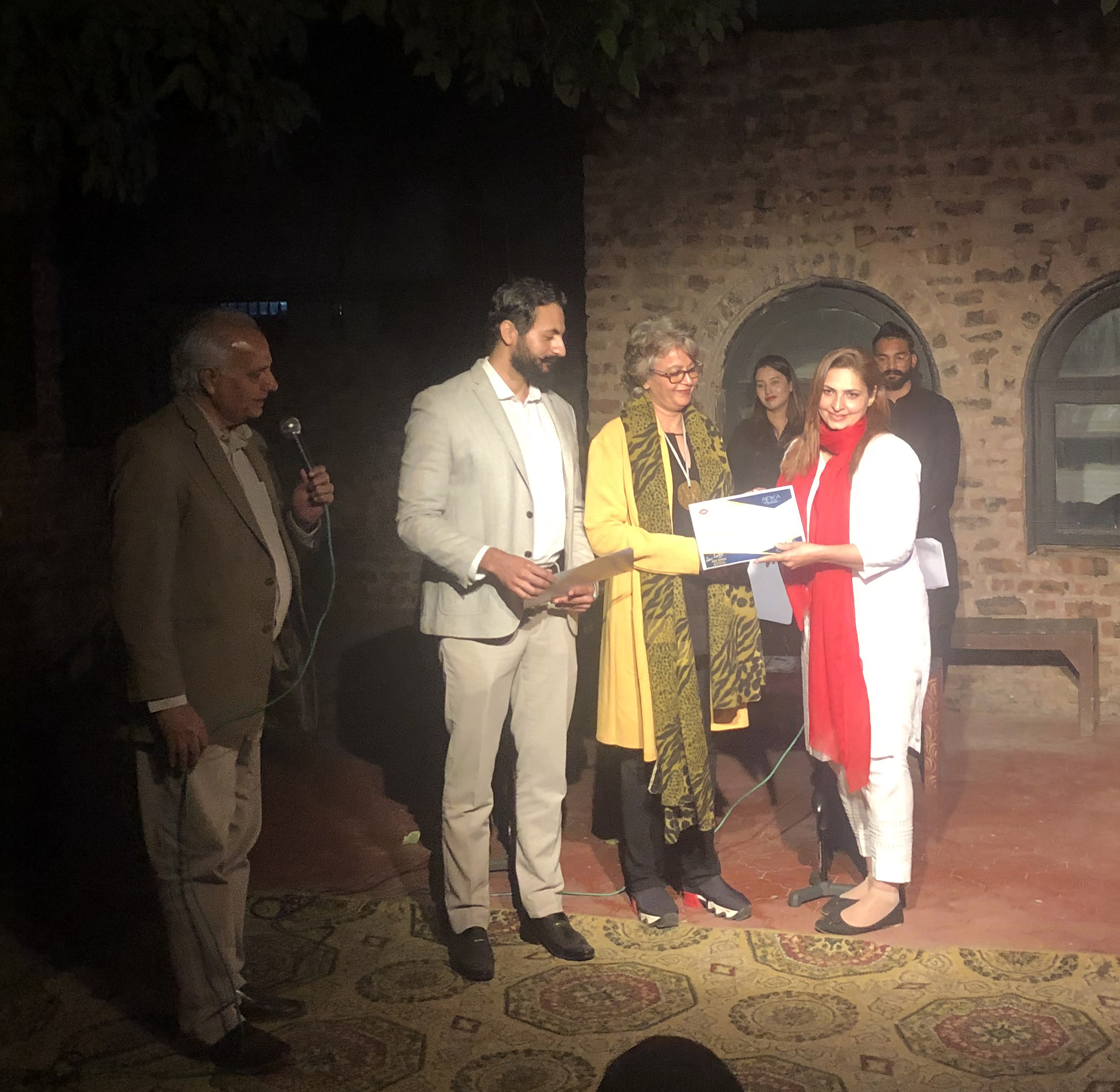 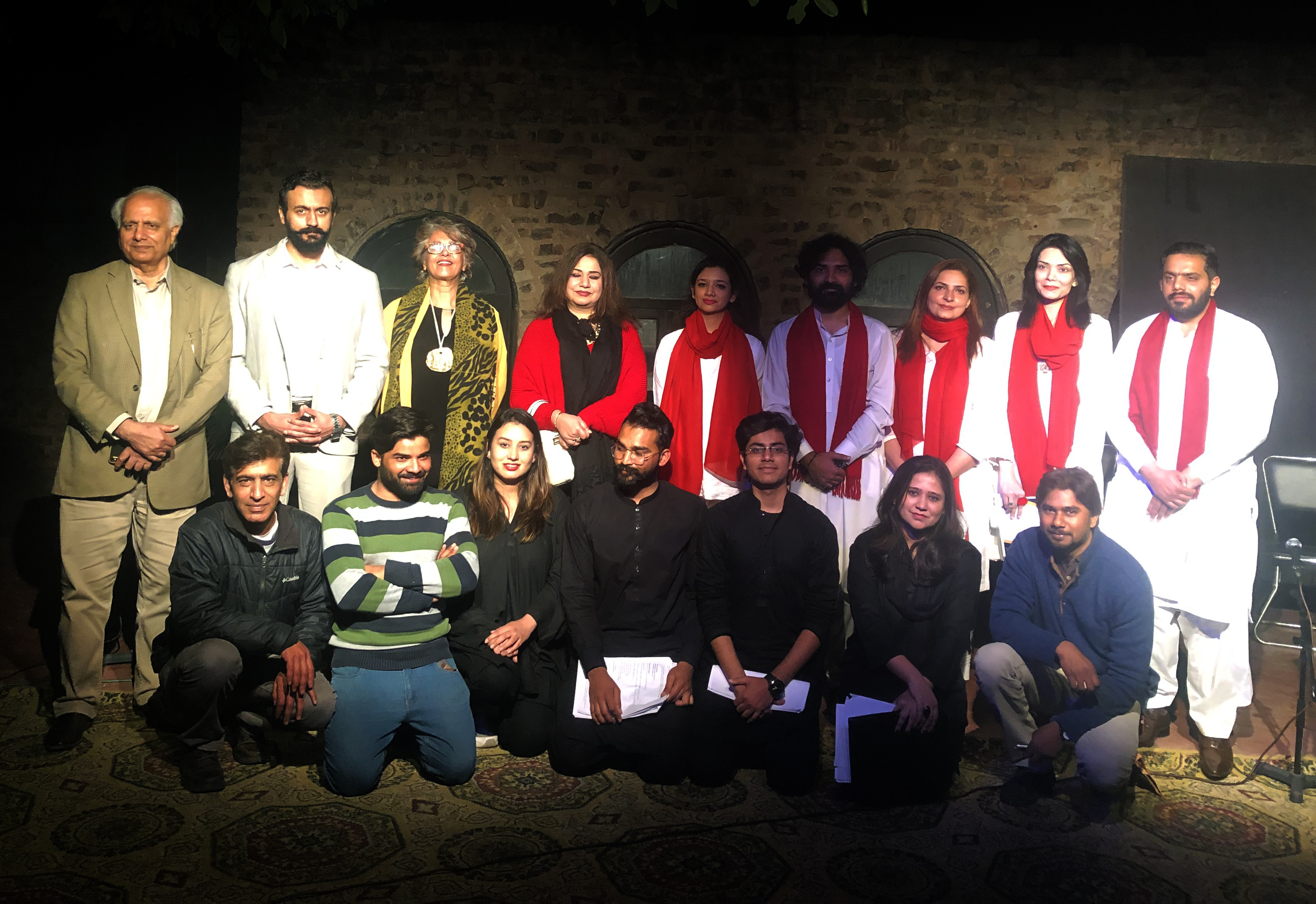 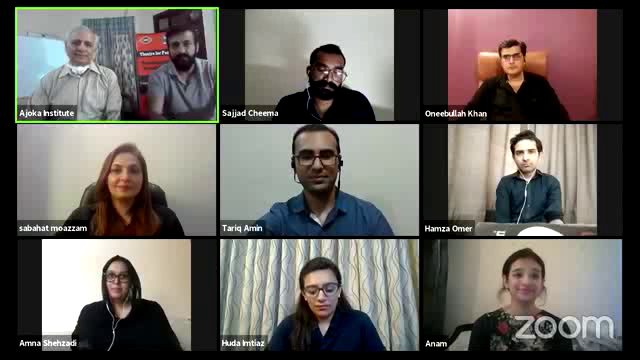 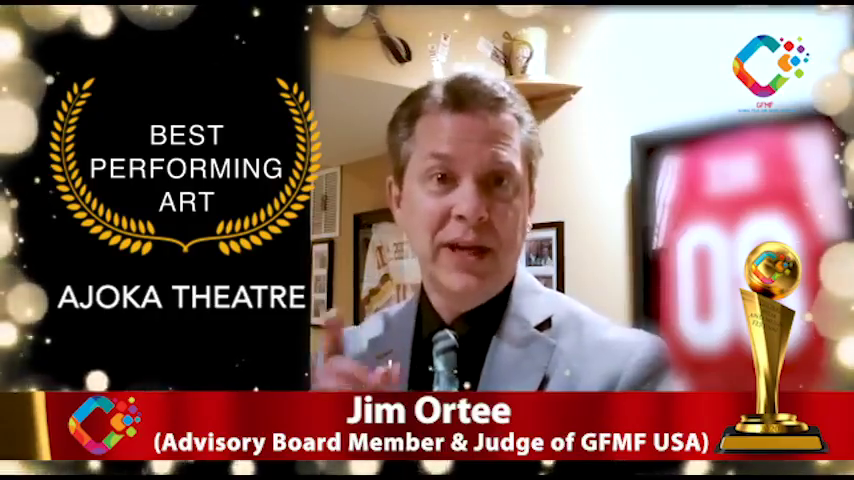 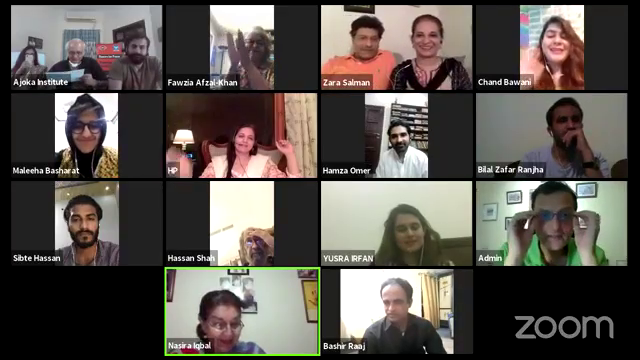